My only Casino experience has been with Danny Ocean. His calm, suave and charming self stole my heart. Well, this was way before Amal came into his life. Long story short, George Clooney and Brad Pit in Oceans Eleven showed me the inside secrets of a Casino. And led me to my sequel at exploring Macau.

Surprisingly I didn’t even know that Macau generates more revenue from gambling than anywhere else on the planet, more than seven times the revenue of “The Strip” in Las Vegas. Nor that I had sacks full of money to trade. But my best friend insisted that I give it a try. More so cos I was in Hongkong and Macau was just one hour away. Ferries operate from the China (HK) Ferry Terminal on Tsim Sha Tsui in Kowloon, Hong Kong. TurboJet runs every half an hour , fares start at HK$164 and the trip takes about 90 minutes. Weather was stormy and I was on the verge of sea sickness by the time the jet hit the Macau shores and Sands Casino beaming next to the sea gave me a wink.

Walking through the old city you could convince yourself you were in Europe. Macau is a fascinating place to just walk around as the place is packed with churches, temples and fortresses .One of the interesting things to see in Macau is a statue of the Bodhisatta Avalokitesvara (known as  kwoon yam in Cantonese). Half of Macau  has been designated as UNESCO World Heritage site and other half is filled with Casinos and resorts.

The bus bay right outside the Ferry Terminal has buses to all the big casinos. And offers complimentary ride for all visitors, they pick you up from the ferry , take you for a ride around the city before heading to the casino and then drop you back as well. The trip would cover

That’s so cool. You don’t even need a taxi or figure out on public transport to see this historic colony and its Portuguese heritage.

And now its time to hit the largest casino in the world-The Venetian Macao. As I entered this gigantic place which looked exactly like the oceans 11 set, Or maybe that was real !! Wasn’t sure if I even had enough money to try my hand at 3400 slot machines and 800 gambling tables the casino had to offer.

To get over the anxiety decided to take a walk around the property. And it was a mesmerizing experience. The hotel with its design inspiration from Venice,Italy features architectural replicas of various Venetian landmarks. The singing gondoliers took me by a surprise, I wasn’t expecting this kinda extravagance. Walked accross the The St. Mark’s Square at the Grand Canal Shoppes , surrounded by restaurants and high street brands. They also had some live shows. Now, did I go to Venice ? or was I still in Macao. This was worth every penny. Thanks my dear friend for making me jump on that Jumbo Jet half heatedly. 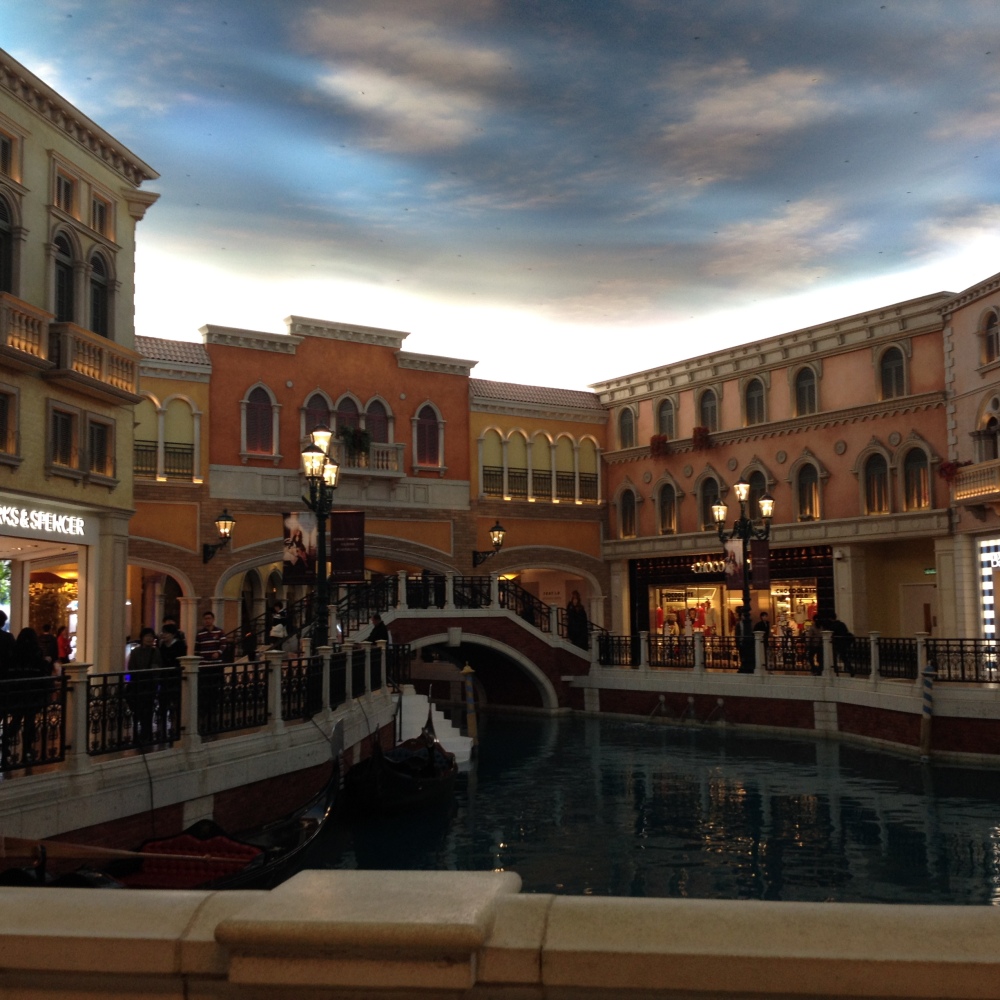 Back at the casino,  Spinning money wheels captured my attention. This one looked familiar and any easy start. They were a few girls playing it. I joined the gang and was staring at the wheel. The girl next to me shouted, ” come on, let it gooo “. I pulled out a  100 dollar bill and inserted into the slot. My heart was racing , however sensed luck favoring me…balance stood at 170 after a few rounds and I wanted to encash and jump with joy as if I had finished reading the book “Casino for Dummies”.

Head back to Hongkong or gamble …What do you say ???